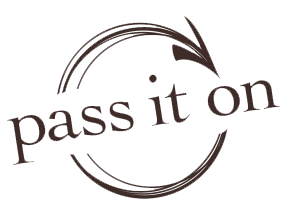 I’ve had many thoughts about this post over the past days.  Some might say I have “hit the wall” on my frustration concerning a lack of awareness among Jesus followers regarding the spiritual season which we enter on this night.  Ash Wednesday is NOT the culmination or the conclusion to the season of Mardi Gras as if our life’s celebrations are systematically squashed or boundaried by some depressing, outdated ecclesiastical ritual.  Rather, Ash Wednesday is a beginning…a revelation if you will of the necessity in all disciple’s lives for a purposeful walk into the “wilderness.”  Roman Catholics and Monastics beckoned every spiritual pilgrim to a discipline of desolation and consolation.  How appropriate that language is in summarizing the absolute necessity for all people of faith to enthusiastically and seriously (and intentionally) embrace the season called, “LENT.”

Lent is a season for all of us where we can reflect, re-choose, and allow the Spirit of God to re-shape our lives.  Lent is one of the oldest seasons or times of observation/commemoration on the Christian calendar. Like all days and holidays that are considered “holy” (i.e. set apart, different), there have been changes over the centuries on how it is observed, but its purpose has always stayed essentially the same: Lent is a season of self-examination and penitence, demonstrated by self-denial, in preparation for Easter. A significant leader in the early church, Irenaus of Lyons (c.130-c.200), wrote of such a season in the earliest days of the Christian movement, but in his time it lasted only two or three days, not the 40 observed today.

In 325 AD, the Council of Nicea discussed a 40-day Lenten season of fasting and self-examination that should be observed by Christ-followers, but it’s not perfectly clear on whether its original intent was JUST for new Christians to prepare for Baptism (which usually occurred on Easter day) or if it was supposed to be a season held dear by the entire Church.  Lent has been observed by believers throughout the centuries as a time dedicated to self-denial, sacrifice, spiritual formation, spiritual discipline and prayer.  In many traditions, fasting plays a huge role.  In history, people were regularly encouraged to fast daily (eating only one meal a day).  In other traditions, prayer and confession were the primary focus on the 40-day Lenten journey.

Though Lent is still devoutly observed in some mainline Protestant denominations (most notably Catholics, Episcopalians, Lutherans, etc.), others hardly mention it at all.   Though I’ve noticed that there seems to be a rise in the significance of Lent among some followers of Jesus, it is interesting and a bit disappointing to me how even the most “churched” of those who love Jesus take Lent seriously.  The busyness of life has edged out this important spiritual discipline.  Even so, frankly, there cannot be a better emphasis than for all of us to focus on our relationship with Jesus.  Lent is a time to get in touch with that part of us that is broken and needs healing.  It is a season to be able to openly acknowledge our deep desire for transformation and Christlikeness.

I read another blog post today that tried to spell out the personal “rewards” of Lent. And although there is a part of me that bristles at the idea of having to “sell” Lenten observation to people who should be those most apt and motivated to embrace it, I feel compelled to at least review some of the points this author made.

Why should you observe Lent?

1 – Because it will help you be a better person.  “What’s cool about Lent is that it falls just about the time that our New Year’s resolutions have fallen to the wayside. Use Lent as a reminder of all the things you wanted to do to make 2017 a better year. It’s your second chance.”

2 – Because grief is good.  “Part of Lent observance is mourning. I’m not saying that everyone should go around sad and pitiful for a month and a half, but Lent may be a good time to dig deep into your heart about your losses. One of the biggest issues people don’t even realize that they have is a lack of grief. You lost a job, a spouse, a friend, or even a period of time in your life that you enjoyed is over. Did you properly grieve it? A lot of times, we walk around still carrying the weight of something we’ve lost. Here’s something: Write loss a letter. Whatever it is that you’ve lost, even if it’s not a person, write it a letter. Express how you feel about it and how you miss the good times. Share any hurt or pain its loss has caused… Then throw it away. When you do that, you release yourself from its weight and you can truly move on.”

3 – Because repentance means saying, “I’m sorry”. “Lent is a good time to apologize to anyone you’ve wronged. None of us are perfect and we’ve hurt people in our lives. It takes a brave person to admit he or she is wrong. Be that brave person this season.”

4 – Because it’s also about forgiveness, and we all need to forgive someone. “Just like you need to apologize, chances are that you also need to forgive someone else’s offenses. It could be a kid who was mean to you in school more than 30 years ago or an ex-spouse who still causes you trouble. It doesn’t matter. Lent is a time of forgiveness, so let go. The bitterness you hold in your heart for that person hurts no one but yourself. Release it this season; make the conscious effort to do so (every day, if you have to).”

5 – Because fasting makes you awesome. “Fasting is tough. It bends our will and puts the selfish, chidlish side of us in a corner. It requires self-discipline and a certain strength of character. Not everyone can give up something that they love. But if you really want to see exactly what you’re made up, I challenge you to give up one luxury. Just one. Coffee, Facebook, cookies, swearing, whatever you indulge in. It’s not only a good way to kick a bad habit, but it shows you just how tough you really are.”

6 – Because sacrifice is good for the soul.  “Many religions (in fact all of the major ones) require and/or advocate fasting. Religions that differ vastly on the creation of the world or morality issues often times agree that sacrifice is good for a human being’s spirit. It expands you somehow on the inside. Why? Because it gives your body and brain a vacation. You get to operate out of something bigger that’s on the inside.”

I don’t know if you resonate with any of the comments above…but if you are a Jesus follower and you are reading this now, heed my encouragement – take Lent seriously.  If you are sitting at home tonight wondering what you are going to watch on TV or passing the time with any number of other issues that happen in all of our lives, here’s something to consider – challenge yourself to engage in a discipline that has inspired and transformed the lives of millions of followers of Christ throughout the ages – observe Lent.  If you have a church home, attend Lenten services.  If you have access to Lenten devotionals, read them.  If you need suggestions, email me and I’ll give them to you!  Pick up a spiritual discipline and follow it for 40 days…pray more intentionally…worship more regularly…listen to the Spirit with more intensity.  Don’t let this season pass you by! 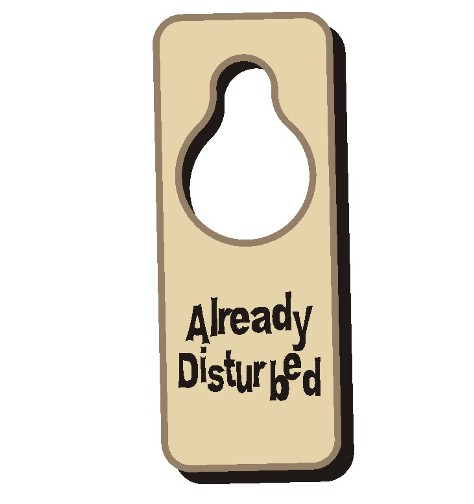