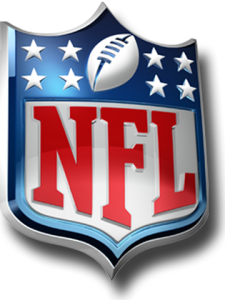 The Cult of the NFL, Sundays and Local Church

Let’s begin this way so that you don’t misunderstand what I’m going to say.  I’m NOT hostile toward professional football.  I am a fan, I enjoy watching the games and I love following my favorite teams.  And I get that it is a cultural phenomenon and that it is something in our world that has become a non-negotiable reality.  So, please don’t see me as a NFL Scrooge or Grinch for that is NOT the case.  I am simply making some cultural observations that impact the lives of Jesus followers.  You see, I believe I can comment on how the NFL has changed in its strategy over the years of broadcasting at least from my humble vantage point.

For much of the early television presence of the NFL, most games occurred in a spot where they had little to do with interrupting a flow of life for a majority of people in the country.  In other words, games were televised at a time where social boundaries were honored for those who attended a church and participated in spiritual community.  For many decades that was the majority of people in our culture.  There were hardly times when people in local churches were forced to choose between participation in Sunday community and worship and that of an NFL game.  Yet now, as you most likely have seen and experienced, the boundaries are gone and NFL games move freely within time that many have considered over the decades as “sacred time.”  In many respects, the NFL has become a religious cult of its own demanding devotion and veneration of a game filled with mythic figures, stars that look invincible, and a call to devotion.  Altars are set up in this cult to worship personalities and team brands.  We sacrifice our money, time, energy, and are even willing to sacrifice our principles and values for a taste of the novelty of the NFL divine.  Friends, this is not a complaint as much as it is an observation of a profound alteration of culture.  Trust me, the NFL is just “small potatoes” in the midst of a new cultural reality.  Let me attempt to lay it out for you:

But beyond Post-Christendom, there’s more.  Secularization has infected culture.  Secularization is the transformation of society and culture from close identification with religious values and institutions toward non-religious/irreligious values and secular institutions.  It is a belief that human progress (dependent upon modernization, evolution, and rationalization) leads to a deliberate choice to lose religious moorings in life.

We can see secularization at work in many strata of society.  TODAY, many people’s religious lives are defined by a search, a search to find the right church and the right expression of faith that delivers the right lifestyle.  In this instance, an NFL game fits into a lifestyle choice that trumps one’s spiritual moorings in community.  Secularization has reduced Christianity now to just a life stage.  It is just one of many offerings that an individual samples during their life in the quest for a good life.

Sociologist Wade Clark Roof commented, “the real story of American religious life in this ½ century is the rise of the new sovereign self that defines and sets limits on the very meaning of the divine.”  The Church is no longer a place of primarily identify formation but now secular culture defines the discovery of self.  We are much more apt to wear the jerseys of our favorite NFL players and teams than we are to identify with the cross, empty tomb or those lifestyle choices which underscore a Jesus identity.  Church has been replaced by this new power that primarily reinforces the choices of individuals and shifts the center of spiritual existence into the private sphere.  In its new “home,” choices can and are made with the fundamental belief that faith is best expressed individualistically than communally.  As a result, individualistic choices express a new value system shaped more by culture than by the values of the Kingdom of God.

You can study the shift on your own but, trust me, we have moved from an overwhelmingly religious culture in the 1500’s where it was almost impossible to NOT believe in God, “to our current day in which even the religious feel the pressure against belief from our secular society” (from the book, A Secular Age by Charles Taylor).   For centuries, if “Christendom Joe” decided no longer to pray, to worship, or even to believe, he would not be seen as simply exercising his individual religious rights.  Instead he would be seen as putting himself, his family, his community, his people and the whole of Christendom in danger.  The overwhelming social pressure was to believe and participate.  Disbelief was viewed at best as treasonous and at worst cosmically deadly.

As a local church leader, I struggle with this new reality.  I don’t wrestle with it per se, I simply attempt to accept what is real and make adjustments as necessary.  There are local churches that are altering worship experiences and presenting a football game on Sunday morning as a tip of the hat to the value of community.  Last year, in our city, local churches watched NFL playoff games in their worship centers complete with tailgating food and cold beer.  Even so, most are not moving in this direction as of yet.  To be truthful, I’ve entertained the thought of having an evening worship experience on those days where our local NFL team has games broadcast on a Sunday morning.  I haven’t acted on that thought but it has been on my mind.  Why?  Because people are not showing up for worship experiences on days where their team is playing.  That can be broader than simply a local team as well…with the rise of fantasy football and a mobile society that produces fans of multiples teams, many people spend the day involved in the cult of the NFL.  You see, what we are experiencing in local churchworld is a downturn of participation of even the most committed of disciple of Jesus during Sunday morning experiences.  Again, that is not a complaint as much as it is a reality.  Yes, there has been a radically pervasive increase of people choosing not to enter some sort of localized spiritual community.  The “Church” doesn’t have a very good reputation these days and it shows.  But I have to believe that if people made choices where the television product was not going to interrupt a flow of living that placed value in a spiritual community experience over against a NFL experience, that the NFL would possibly succumb to market pressure and place games in a schedule that would honor their audience.  Since that isn't going to happen, the weight of responsibility has to fall on those who make decisions.  People are going to have to ask themselves about which altar demands their attention.  Jesus followers are going to need to deal with the fact that spiritual community is one of the most radical, most counter-culture activities going today.  To participate in spiritual community in worship is to live by a different set of values while at the same time saying no to a different way of seeing the world.  Most of us don't put this choice into this realm…we want to diminish its weight. But it really does come down to a simple question, "whom do you serve?"  As Bob Dylan once wrote, "you gotta serve somebody.  It may be the devil or it may be the Lord but you gotta serve somebody."  Your choices, my choices are a dead giveaway of who we serve.

So, I’m in a quandary…do we shift our worship experience strategies to “fit in” to culture or do we accept the shrinking numbers of participants with a degree of resignation to the secularistic winds of culture?  Do we make adjustments or do we continue to do what we’ve been doing?  In a culture shaped more by individualism and consumerism, it’s hard to compete with an entity that has the money and technology to satisfy the societal need for entertainment.  Worship has never been entertainment…it has always had to do with sacrifice, sacred time, and an alignment with a priority system shaped by God.   That, I must confess, is a tough sell in a world obsessed with entertainment and superficiality.