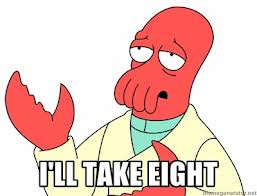 “We would rather be ruined than changed.  We would rather die in our dread than climb
the cross of the present and let our illusions die.”  W.H. Auden

Warning – Steep and Deep Waters ahead – only for
the courageous

Richard
Rohr’s last published book, Immortal Diamond, has been formative in my
heart and life over the past weeks.  As
many of you know, I spent much of the Lenten season in 2013 reading and
re-reading Rohr’s work.

It is time to be forthright and honest…this
devotional is written based upon a section of the book, Immortal Diamond, that is bound to make some uncomfortable.  Why would that be?  Because it is in this section of Rohr’s book
that he starts to press the “edges” of what some would regard as “universalism.”  Here’s a wiki definition of universalism,

“Christian
Universalism is a school of Christian theology which includes the belief in the
doctrine of universal reconciliation, the view that all human beings and all
fallen creatures will ultimately be restored to right relationship with God in
Heaven.”

In the last year or two, Christian universalism has
been a hot topic.  Mainly reignited by a
book by Rob Bell, Love Wins, there
have been a plethora of “points and counterpoints” made on blogs, in Chrsitian
magazines and in pulpits and classrooms across the country.  Rob’s book was advertised as “A Book About Heaven, Hell, and the Fate of
Every Person Who Ever Lived.”  As you
may guess, even wading into those theological waters is dangerous
business.  Here’s more about Rob’s book:

From the book cover jacket, the publisher was
clear,

“Rob Bell
addresses one of the most controversial issues of faith—the afterlife—arguing,
would a loving God send people to eternal torment forever…? With searing
insight, Bell puts hell on trial, and his message is decidedly hopeful—eternal
life doesn’t start when we die; it starts right now. And ultimately, Love Wins."

Now…take a deep breath and follow along with me.  I am NOT purporting to be a Universalist
myself.  Personally, I hold on to the
boundaried “orthodox” view of Christianity that embraces trust in Jesus and
God’s grace as the foundation of salvation.
Even so, I must add that it has always been dangerous to play God.  In other words, every time I hear some person
start to second guess God or look at the surface of a person’s life and make a
judgment call on their eternal destiny, I get uncomfortable.  Why?
Well, Jesus said it best in many of His teachings – the ONLY One who
gets to sift between those who are “saved or damned” is the Lord.  Our job is to join God’s mission in restoring
His love and Kingdom’s reign in the world.
We sow the seeds that God eventually nurtures and harvests the
fruit.  So, with that out of the way, let’s
turn to Rohr again.  Here’s the “money
quote” from the chapter, “If it is True, it is True everywhere,”

“God is
very clearly not a mere tribal God, and one would think that the three
monotheistic religions would have understood that message first and best.  NO group will ever confine or control God
(John 3:6-8, John 4:23-24) to any little tent or temple, which has been the
temptation since Exodus, yet every religion falls into it.  How could anyone imagine God being small and
still call this phenomenon God?  Only
with eyes wide shut.  History, the
shrinking globe, and Jesus’ proclamation of the Kingdom of God are demanding of
us a very big tent and a universal temple.”

What’s ironic about this quote is that IF I had
cited it AND NOT mentioned “universalism” you may have been quick to agree with
Rohr’s words.  NO ONE wants to believe in
a “controlled God.”  A God who is
controlled is no God at all.  A God who
abides by our assessments is subject to us and thus devoid of the essential
definition of deity.  For Jesus’ audience
in the first century, His words were threatening.  Why?
Because the Jewish leaders believed that THEY controlled their own
destiny and that THEY had the responsibility of ushering people into eternity
based upon their rules.  Truthfully, it
really isn’t much different with many Christ followers I know.  We all have our rules…we all have our
boundaries…we all have our secret list of those who matter and don’t matter to
God. The problem is ALWAYS God’s grace and mercy AND THE FACT that God is
God.  As I am apt to say to some people, “oh
my, there’s that pesky God again.”  How
God measures a life (see the parable of the loving Father in Luke 15) is
different than how we would do the exact same thing.  Kingdom potential, whether it be in the form
of a Roman Centurion trusting Jesus to heal a servant with a word or a
sin-stained woman with more lies coming out of her mouth than the proverbial
“cattle on a thousand hills”, is seen from a different perspective than we by
Jesus Himself.  Rohr goes on to write in
the chapter,

“Do you
want the Gospel to be small truth or Great Truth?”

He exclaims that this is a MUST question that all
followers of Jesus MUST answer.  And he’s
right.  Rohr continues,

“We are
the ones who have too often assumed ill will and been far too eager to create
enemies instead of realizing that others often enjoyed very similar good news
but inside different packaging.”

Truthfully, that’s outside of my “pay grade” in
terms of understanding.  As quick as I am
to say “no” after reading it, do I then realize that as I condemn it, it
condemns me.  God is bigger than my
assessments.  I fall way too often into
the morass of condemnation based upon my petty and shortsighted calculations.  Jesus is the eternal Word revealing God in
His rawest form but only capturing for the human gaze a “snapshot” of the full range
and scope of God’s nature and the reach of His love.  As difficult as it is to articulate (because
at its best, language is only a metaphor used in describing something that is
truly indescribable) the truth is that TRUTH and Ultimate Reality (other words
for God) existed before it was ever written down in books (and yes, that
includes the bible).  The great “I am
that I am” was alive, well, delivering His people, guiding, loving, judging, forgiving,
moving, extending graciousness and demonstrating Kingdom power long before the
first crude pen was put to material that became the foundations of the books of
Moses.  Melchizedek was a God-fearer and
he stood outside of the patriarchal line…Moses’ father-in-law, Jethro, was a
priest of Midian and he’s an important part of God’s story of redeeming His
people.  There are all sorts of misfits
in His-story as it unfolds in scripture.
If we believe that it was the “Word was with God and was God and became
flesh and hung out with us” than how this fullness of God and completeness of
humanity all gets sorted out is beyond comprehension.  And if God is beyond comprehension so would a
full understanding of His ways and His judgments be.  I think that is what’s really behind the
words of Jesus, “judge not lest you be judged.”
In other words, hands off the call of God.

So, now what?
That’s an honest question.  Rohr
concludes his chapter with challenging words (challenging because they are
true),

“We all
somehow believe that it is a coherent and even benevolent universe.  Maybe that is the very heart of the meaning
of faith.”

Wow, I want that to be true.  If God is God than Ultimate Goodness and Love
prevails.  What the “prevailing” looks
like when history is sorted out, let’s agree together – that’s God’s
business.  We have our call, “go and make
disciples” and “love others as I have loved you”…the rest is appropriately up
to the “One to whom all hearts are open and all desires known, in whom no
secrets are hid (Lutheran Worship liturgy).”
And you know what, there is freedom in letting God be God.