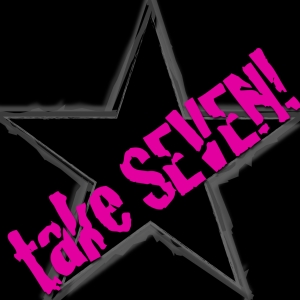 “We would rather be ruined than changed.  We would rather die in our dread than climb
the cross of the present and let our illusions die.”  W.H. Auden

Richard
Rohr’s last published book, Immortal Diamond, has been formative in my
heart and life over the past weeks.  As
many of you know, I spent much of the Lenten season in 2013 reading and
re-reading Rohr’s work.

Here’s a quote to start your day off today:

“Re-ligio
(rebuilding, re-ligamenting) is not doing its job if it only reminds you of
your distance, your unworthiness, your sinfulness, and your inadequacy before
God’s greatness.  Whenever religion
actually increases the gap, it becomes anti-religion instead.  I am afraid we have lots of anti-religion in
all denominations.  Such gap-creating
between God and creation is truly diabolical (dia-balein in Greek, “to throw
apart”) and he (Jesus) calls it so:
“Alas for you hypocrites.  You
shut up the kingdom of heaven in peoples’ faces, neither going in yourself, nor
allowing others to go in who want to” (Matthew 23:13).”

“Dead
giveaways.” That’s what we call them. They are those things that unveil the
truth about some subject or person.  For
example, you notice a middle aged gentleman driving a red sports car down by
the beach in the middle of the day.
Isn’t that a ‘dead giveaway” of a possible mid-life crisis?  Or you see a young couple browsing through “Babies
R Us.”  Isn’t that a dead giveaway that the
“she” in the couple may be expecting a baby?
I am a college professor who not too long ago received a paper from a
student that had the following on the bottom of the last page, "This essay
is from http://www.essays.com – join today!"
There it was…a dead giveaway of cheating, don’t you agree?

When it comes to how we see ourselves as followers
of Jesus there are a few dead giveaways.
One of them is Kingdom action.  In
other words, how you see yourself, how you view your identity in Jesus will be
lived out through your lifestyle, the choices and decisions you make, your
attitudes, habits and how the Kingdom is manifested through and in you.  Action reveals identity.  Frankly, everything you do is a demonstration
of how you see your true identity.
That’s why Jesus said; “you will
know them by the fruit of their lives” (Matthew 12:33).  You see, here is the truth of scripture –
because of God’s grace and Spirit, Jesus not only takes care of your past
identity but He gives you a new identity.
As Paul says in Galatians 2:20, the power of sin, and the power of our
old nature is gone…it has been crucified, buried in the death of Jesus.  You old identity as “sinner” is gone and
defeated while you are given a new identity that of “saint”.

There has been a debate raging for centuries in
Christianity over the identity of a believer.
Are we sinners or saints?   Many
Christ-followers struggle in their lives because they have bought into a
lie.  For example, a counselor was
counseling a teenager and he asked her, “Who are you?” She said, “I am evil”.
He said, “you’re not evil; how can a child of God be evil; is that how you see
yourself?”  That was how she saw herself
and, because of that, she was living an absolutely miserable life.  Many believers get caught up in a downward
spiral.  We fail, so we see ourselves as
failures, which only leads to more failure.
We sin, we see ourselves as sinners, which only leads to more sin.  The word “sinner” is often used to describe
both a person’s performance and identity.
But that’s not the way the bible puts it.  If you’re a Jesus follower, you have a new
identity.  When Christ entered (and
enters) your life YOU became a new creation, you inherited from God a new
identity.

Someone once wrote, ”You can no more be a sinner saved by grace than you can be a married
single person”.  Do you get
that?  Marriage changes your identity and
you wear a ring to “remind you of this special occasion”.  If you struggle with sin, as most believers
do, it is because you are a saint who sins.
People cannot consistently behave in ways that are inconsistent with the
way they perceive themselves.  That’s why
the Key issue lies in your personal identity – call yourself a sinner, if the
label “sinner” brands your identity, you’ll live that out.  On the other hand, if you call yourself a
saint…if every day you say in mirror “hi saint (your name here)”…if you believe
that, you’ll find your life becoming consistent to your new identity.  Being a follower of Jesus is not a matter of
getting something, it is a matter of being someone.  A Christian is not just a person who gets
grace and goes to heaven.  A Christian is
a person whose deepest sense of personal identity has been shaped by the power
of God and who is growing to live that out in a fuller sense now and throughout
eternity.

Let’s put a more mature face on these truths –
anybody can change their behavior.  It is
ALWAYS easier to “externally do or not do
rather than undergo a radical transformation of our very mind and heart (Rohr,
Immortal Diamond).”  You see, just
because you are a saint doesn’t you have adopted some form of moralism to
prove, via technique or ritual, some private perfection.  Rohr writes,

“It is NOT
that you can be independently “good” without the love and mercy of God (or
anybody else for that matter).”

Remember this about “moralism”…any moralistic
agenda is usually utilized by people who want to be insiders of a particular
group.  When others say that you are not
good enough, or holy enough, or moral enough, or trained enough, or
theologically astute enough these are BOUNDARY markers placed in your path and
mine to tear down that for which Jesus died.
Any boundary, any wall, or agenda that separates those whom God has
called and sacrificed for the purpose of oneness is just as Rohr says,
“anti-religious.”  See Ephesians 2 on
that one!  You see, the GOOD NEWS of what
Jesus has and is doing is that we are now no longer to be motivated in life by
outside reward or punishment but by a NEW identity.  You and me are not longer so much “driven from without as we are driven from
within.” So the question of faith and identity is not about earning
anything or excluding anybody it is rather this – does your life give any
evidence of an encounter with God?
Here’s a hard truth about history – what most Christian history did was
largely dress up and disguise the sinner (what we’ve talked about in other
devotionals as the “false self”) instead of focusing on transformation.  Rohr writes,

“We
baptized it, confirmed it, married it, and made Christians go to church instead
of realizing they were the Church (1 Corinthians 3:17)…it always had to be
mediated by a Bible, priest, minister, church or sacrament, and very often the
mediators, and the defending of their meditations, became the primary message
itself.  Most sermons reminded us quickly
of our unworthiness before first telling us of our inherent worthiness.  Many were so deep in a black hole of low
self-image that they had no way to climb back out.”

As Paul
says in Romans 3,  “What if some were
unfaithful? Does their faithlessness nullify the faithfulness of God?”

In other words, there were and have been and there
still are some that would rather keep us trapped in a dead identity instead of
encouraging freedom and turning our attention to God’s faithfulness in crafting
our new identity.  I have to stop
now…here are some sections of scripture to read and on which to meditate as you
glorify the Lord for His new life in and through you!