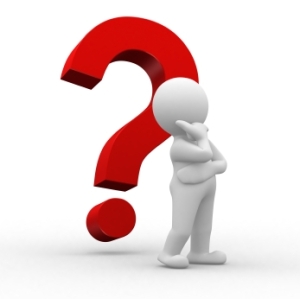 I read alot of blogs…as I've mentioned before, there are some that are a waste of time in a delightful way.  I love getting a chuckle or two, arguing (at least mentally) with someone's blog post that annoys me as well as the fact that I enjoy seeing what people are thinking about across the country…people I  would never know unless it was for the blogsphere.  It is early this morning (6am) and I just read a post from a guy I have never meant…but this is a post that asks the right questions…especially if you have anything to do with local faith communities (otherwise known as churches).  In many denominations, "church" is specifically defined…you have to be "doing" certain activities in their perspective in order to have a valid expression of church.  I'm not going to comment further because that would entail writing what would amount to a thesis…but this guy is posing the important question – is all we are doing, NO MATTER HOW WE DEFINE CHURCH, making disciples?  You can see how he frames this question on your own as well as read about a young leader in Georgia who "repented" that he got it wrong.  Absolutely amazing!

As I’ve been ruminating over the implications of discipleship in the North American church the past several months, a few things are aligning in eerie fashion over the past week.

First, I mentioned some thoughts by Dallas Willard in an earlier post.Speaking of Dallas, I keep stumbling across another one of his quotes –  and it keeps messin’ with me:

“Every church should be able to answer two questions: (1) what is our plan for making disciples? (2) does it work?”

I’m coaching a few other church planters right now who are working through these two questions in their own context, trying to flesh this out very practically in their faith communities. It is both exciting and frustrating for them to do so – and sadly they find so few models of churches that are discipling well.

Secondly, I read a series of posts by Mike Breen called “Why the Missional Movement Will Fail.” It’s caused quite a dust-up. Istrongly recommend that you read Part I and Part II. By the way, Mike recently published something that may bethe most theologically, philosophically and practically robust resource I’ve ever seen regarding discipleship (currently out on e-book with the hard copy out in a few weeks). I finished reading it a few weeks ago and I highly highly recommend this to you.

Thirdly, I stumbled across a harrowing story of a courageous and “successful” young pastor in Atlanta. After causing a big splash and seeing several hundred people come on a Sunday morning, Shaun King realized he had “done it all wrong” by generating large crowds but without making disciples. He wrote, “I sold my soul for church attendance in our first week and could never quite get it back.” Later he states, “I am utterly convinced we are completely off base with what discipleship means.” That’s quite a statement.

His journey led him recently to attempt to do a lot of “undoing” of the hard work he had put in for several years, hard work that he realized was building in the wrong direction. He realized he couldn’t do it – so he resigned. My heart broke as I read his story of trying to untangle from a church built on attracting people, but which failed to make disciples.

Read this first. (if you want to read what one person said about this young pastoral leader)

Then read this young leader's own account on his blog here.  (My note, Robin that is – talk about your paradigm shift).