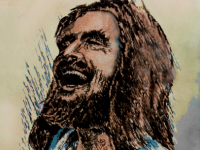 This is a post from my buddy Mike DeVries blog today.  Good job Mikey!  Way to yank that sucker out of the park!

Rediscovering the Gospels – By Mike DeVries

I was doing some reading tonight when I came across this quote from Tom Wright:

I
am forced to conclude that there is a substantial swathe of
contemporary evangelicalism which actually doesn’t know what the
gospels themselves are there for, and would rather elevate "Paul"
(inverted commas, because it is their reading of Paul, rather than the
real thing, that they elevate) and treat Matthew. Mark, Luke and John
as mere repositories of Jesus’ stories from which certain doctrinal and
theological nuggets may be collected.

I think
he is dead on with this. It took me back to a conversation we had while
we were in the Bahamas for Soularize. His statement at that time was
that for a substantial section of evangelicalism "Paul" is where we go
for the "Gospel," while the Gospels themselves are simply the stories
about Jesus. It was as if the writings of Paul were the real
theological substance, while the Gospels were somehow lesser in
theological stature. What Wright was inviting us into to was nothing
less than a re-discovery of what the Gospels are – beautifully crafted
representations of the message of the Kingdom, proclamations of what
the "Gospel" of God is and looks like.

Could not agree more.

What would our Christian faith look like if it were shaped as much by the Gospels as it is by the writings of Paul?

One thought on “DeVries hits one out of the park today!”